Let’s get a thread started with links to, and stories about, the artists, artworks and performances that have historical significance, and that we find inspiring in our own work.

I started this thread after reading this write up on generative art! Over the last 50 years, our world has turned digital at breakneck speed. No art form has captured this transitional time period - our time period - better than generative art. Generative art takes full advantage of everything that computing has to...

I’m going to tag @laserpilot on this… 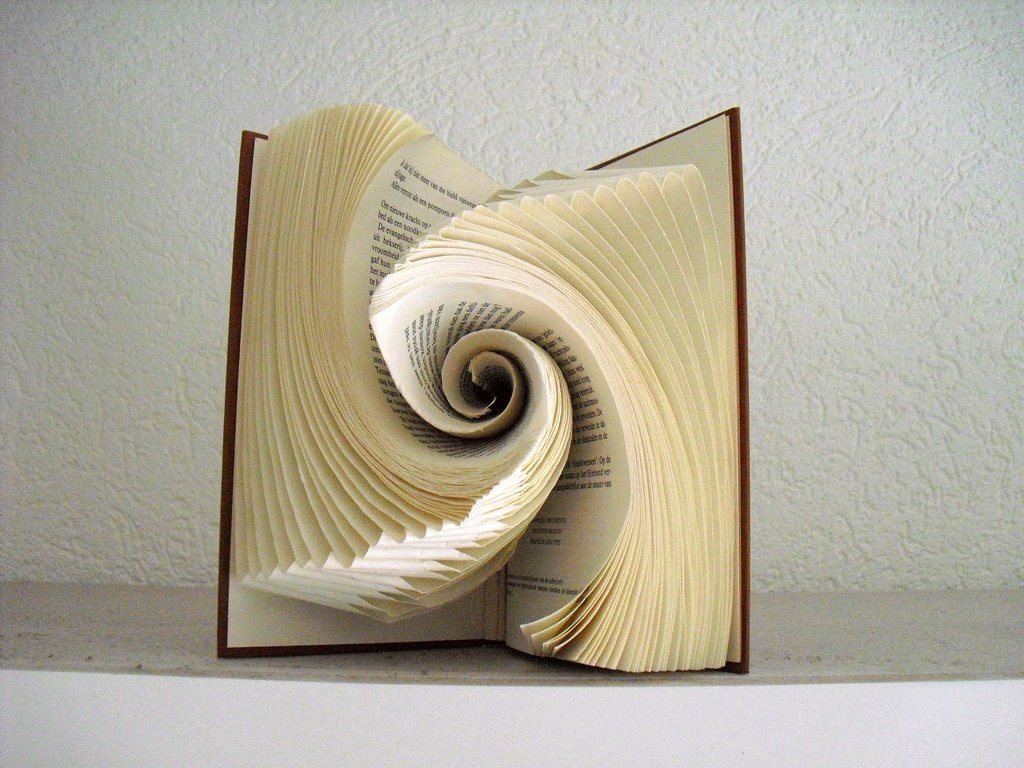 Spoiler — this is not a sprawling timeline article about the history of this field.

A classic book about Live Cinema 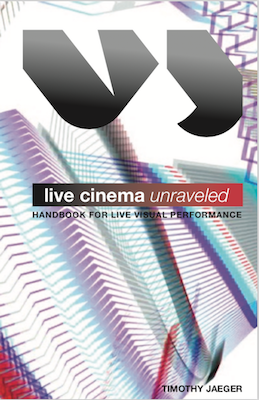 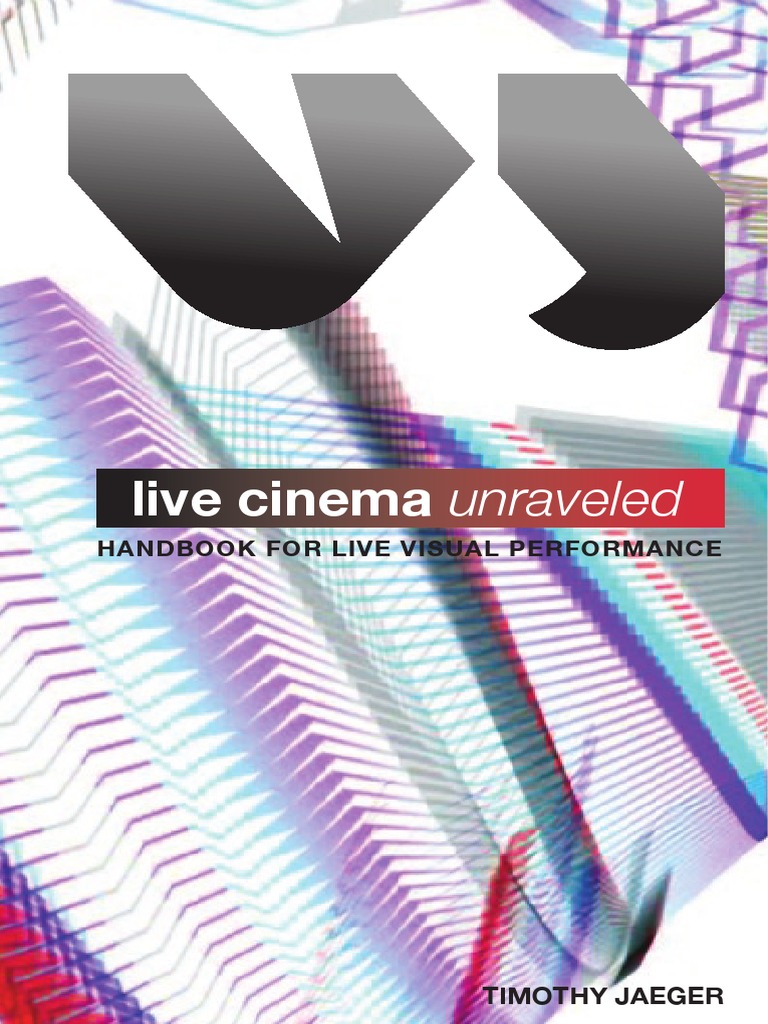 Videoinstrumentalism is the performed art of remixing audio visual materials into a live video feed. As far as I can tell Marko Kosnik coined the term on a post to the [55 list] in 2001. Here it is in full.

video production as known in commercial video studios could be described as a multi-layered time compression process, very alike the compilers of divisions of one purpose jobs found in the principles military organisation. recalling the two part structure of social machines, one may observe the tasks reorganised for short cycle execution for humans, composing the social part of the machine on one side, interfaced with machine automata on the other side of modern ideological propaganda production.

it may take fifty years of man (female?) time work for a documentary when reusing archived video materials.

videoinstrumentalism is a discipline which tends to reverse the engineering of video production, replace the low level narratives with abstract brain food and return the process of video production into the hands of individual, performing on the level of musician, controlling an video instrument in 1:1 time ratio (you may call it live if you want).

it just takes 24 videoinstrumentalists to produce non stop freshly generated tv program on the fly when each of them performs an hour per day - can be displaced and synced around the world.

since woody vasulka, the pioneer of digital video was originating his early works in prague, while studying at film academy, it seems appropriate to call for an interest and rephrase the question: who are the artists, researchers and organisers interested in exchanging experiences, program, technology, software and visions in the field of synestesia, experimental film and video, digital video, live video connected to theatre, dance and music.

Hi all, I’d highly recommend having a browse around UBU

All hosted and run with no profit or no money changing hands, permission to share the work is vague, and the quality varies, but invest a little time and patience I think you’ll find some real treats in there

The Generominos are a physical instantiation of a new framework by Kate Compton for thinking about generative interactive art and games.

Generative methods often involve taking one kind of data and transforming it into another.

Interactive works often involve using novel interfaces to generate a feed of data, and also use interesting output devices to display some feed of data.

So a generative interactive system can be modeled as a pipeline of data streams:

…But data comes in many forms: numbers, text, vectors, graphs, and more! 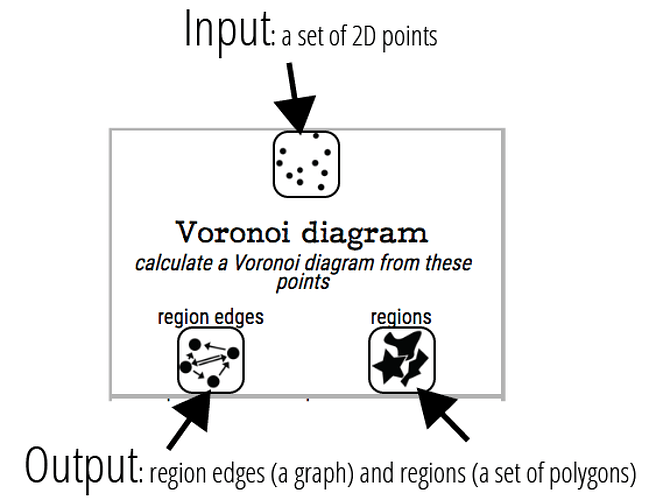 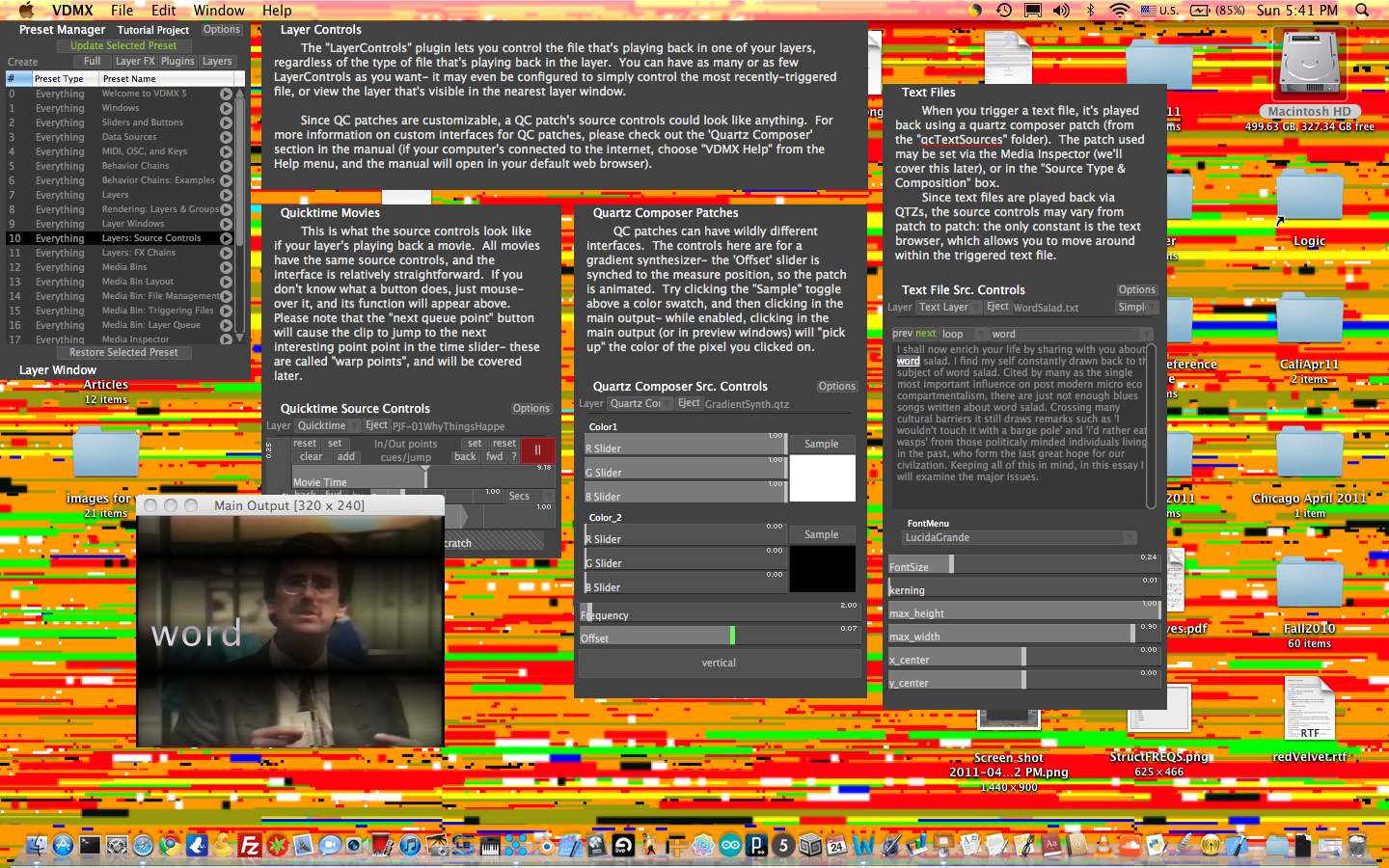 The Art of the VJ | Music Lessons | Perennial Music and Arts | Geneva, IL

VDMX Screen Capture With the constant inundation of audio-visual stimulation, it is difficult for the average person to go for more than a few hours, or even m 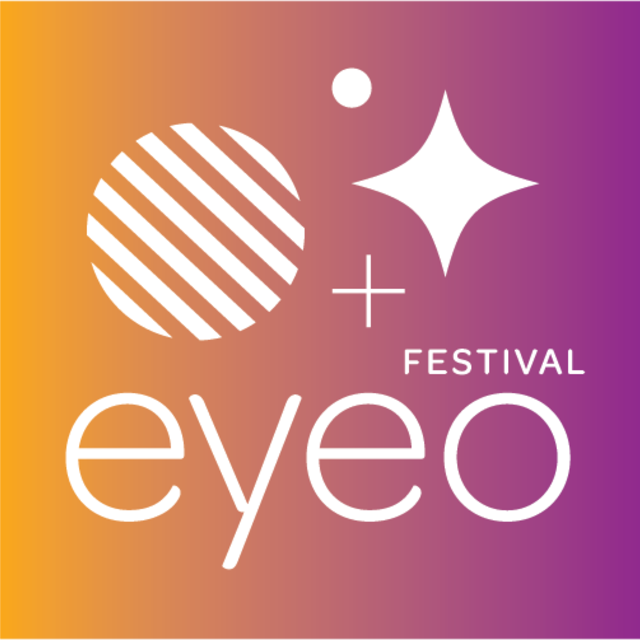 Since 2011, the annual Eyeo Festival brings together creative coders, data designers and creators working at the intersection of data, art & technology for inspiring…

Here there is untra lactura, “theory of vijing”, by Cesar Ustaroz, http://www.teoriadelvjing.com/ possibly the only book about vijing written in Spanish. for my taste is too theoretical and somewhere sins of impartiality or cronyism, but after all, it is the only thing written in the language of cervantes. that is not little.

This was a blog post I wrote up a while back, which has a bit of a history section at the end, This blog post is adapted from a presentation I gave at Decibel Festival 2014. Links / images / embedded video materials are copyright of respective owners, presented here for educational purposes, no implication of endorsements in either...

Reading a description of Erwin Piscator’s use of Projection in Theatre design didn’t quite convey the concept to me. I’m a visual learner & with a little digging found this clip which gathers up some old photos of his productions. https://www.youtube.com/watch?v=LXV3-KLCSXg

Jim Crutchfield’s “Space-Time Dynamics in Video Feedback” is a great reference if you’re doing anything related to feedback.

indispensable pioneers. Many of the fx that we use today are anabolic inventions of the Vasulka.: http://www.vasulka.org/
there is a lot of archives and historical documentation about his works.

and this, one of the best-known video synthesizers and explored ad nauseam. https://www.audiovisualizers.com/toolshak/vidsynth/ruttetra/ruttetra.htm.
It was elevated to the digital world from many points of view and with a great variety of different codes. An example is the version of v002 (developed in collaboration by Anton Marini (vade) & Tom Butterworth (bangnoise).

as a reference for videojokeys, one of the first portals on the subject (if not the first one) is:
http://www.audiovisualizers.com. has not been updated for years, worse in its moment was a very good source of information on software and hardware for video in real time.

Here there is still a link that makes reference of video synthesizers:
http://www.audiovisualizers.com/toolshak/vsynths.htm

and great pionner in abtract films, like Walter Ruttmann https://vimeo.com/262027844