Wiimote is not detecting

Working alongside the video tutorial for using the Wii controller (Wiimote). Bluetooth connects it with no problem, but when I select Wiimote in PlugIns / + and double-click Wiimote 1, I click Detect. It says Detect clicked!, but never says 100% as in the tutorial video. I’ve tried two different computers and two different Wii remotes. All I get is all four Wiimote lights flashing, and detect says ‘No remote found, detect halted’.

In Preferences / Bluetooth it says ‘connected’, but I notice that in the tutorial video, David’s goes to disconnected after making a pairing change that I don’t have the option to make. I’m using 10.13.4 High Sierra on a 2016 Macbook Pro. Thoughts?

First off, whenever you are having any kind of problem with VDMX, your best bet is to send a bug report via the Help menu – this will send us Console log information and other useful system informations.

With regard to WiiMotes…

Okay so let’s now flip this into a thread about what people are using WiiMotes (and other game controllers?) for with VDMX.

Here is a tutorial from a while back: 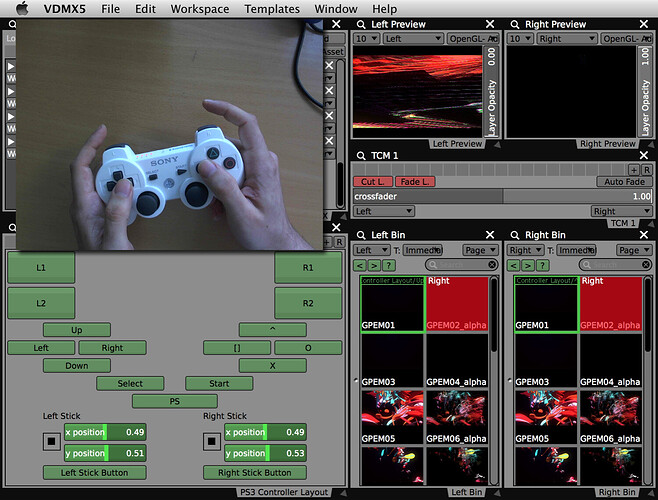 While many VJs and musicians use equipment designed to look like a traditional instruments for running their visuals, another great way to have gestural control during a live performance is by using setups normally used for gaming. In this tutorial...

I plan to use mine for switching camera angles while filming myself.