Tiling / Endless Pattern / Repeat Input - How do I do it?

Hello friends. Maybe someone can help. I’m trying to load a smaller, static png-image (say VGA) into a 5780x1080 Scene and want to repeat that image as a pattern to fill the whole Output. I can’t figure out how to do it.

I found as an FX under utility the »Layer position« which repeats the image as I want it but only within the boundaries of the layer. How can I extend this?

How can I simply make a grid of an image without setting up tons of layers?

I also tried to create a submix with the size of the final output and apply the mentioned FX there but that didn’t work either. It doesn’t duplicate the layer but only repeats itself

I would set this up as 3 layers in a group with the source image in the centre layer and left and right layers using the centre layer as a source. Then add the attached Vuo Tile Image FX to the Group FX. There will be other ways to do this but give it a try. You can also open and edit the Vuo file to refine the effect (the basic version of Vuo is free vuo.org). 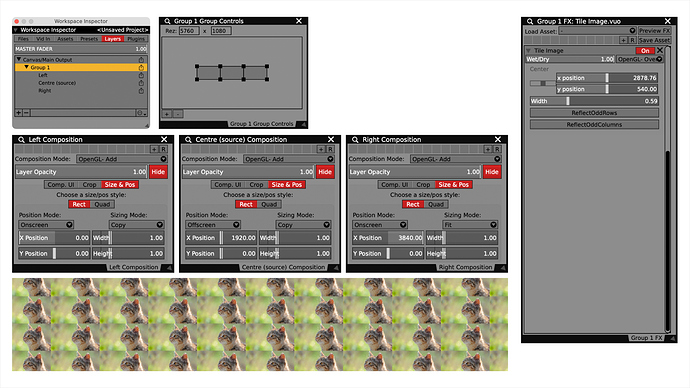 To install: uncompress the zip file and move the VuoFX folder to ~/Library/Application Support/VDMX. Open VDMX and you should see a Vuo folder in the FX menu.

I the meantime found a solution which is quite similar but without more layers and using isf instead.
I adjusted the “Quad Tile Effect” Shader so that it shows up as source not as effect.
I get a tiled image on a layer where I can freely adjust the size. After that I make use of the layer position effect.

I finally need to adjust the shader for only repeating the image without mirroring, but I will figure out how to do it. 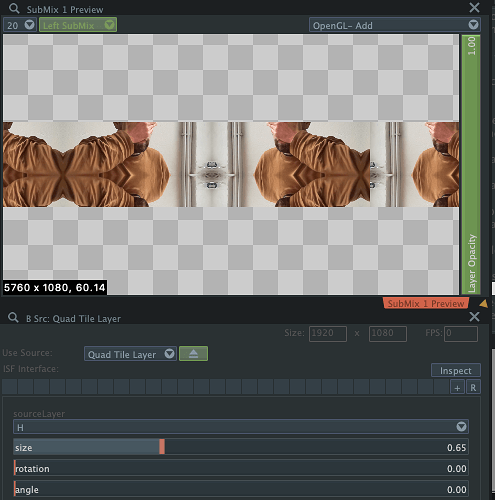 By the way I tried your VUO effect and It’s great. I only needed to put the sizing mode of the layer to fill.
No additional layer at all. Thanks man. 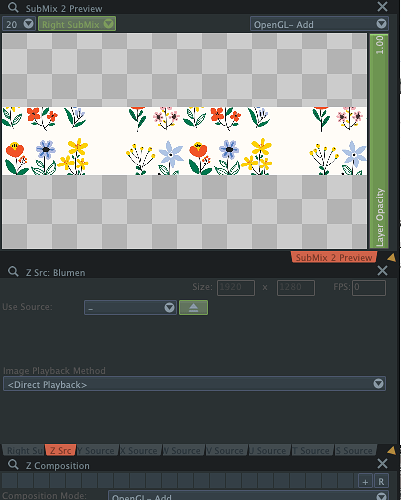 same with the quad tile isf shader. I can use it as effect now. The only thing I needed to do is to put the layer sizing mode on fill.

Finally I optimised the Vuo Comp for smoother resolution handling in VDMX.