Syphon vs NDI® vs Window / Screen grabbing – when to use?

This was a recent question that I thought was worth posting as its own thread here.

How does window / screen grabbing compare?

But you can as a challenge – test this all for yourself! 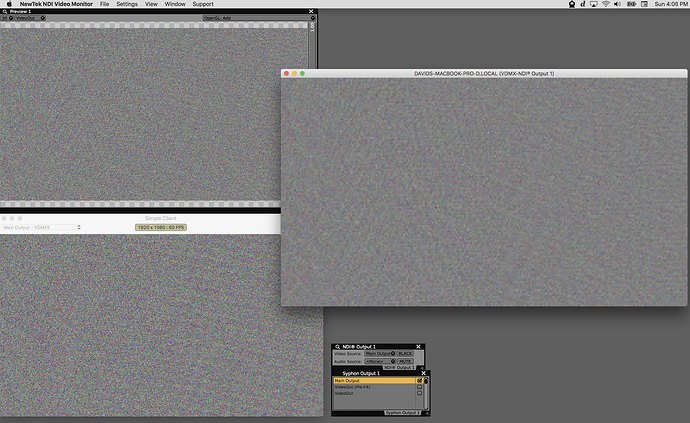 the difference is obvious to the naked eye, but let’s see what the numbers say:
CPU usage, NDI is always higher.
Quality: Syphon is better.

I have noticed, that NDI looks better with images with less detail (solids or simple graphics). in greater detail, greater degradation (as in the noise example) 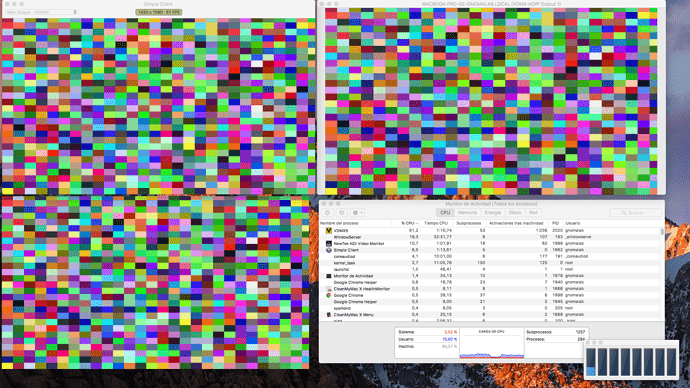 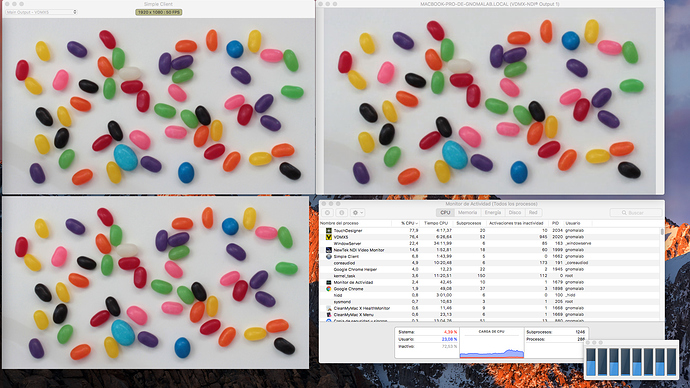 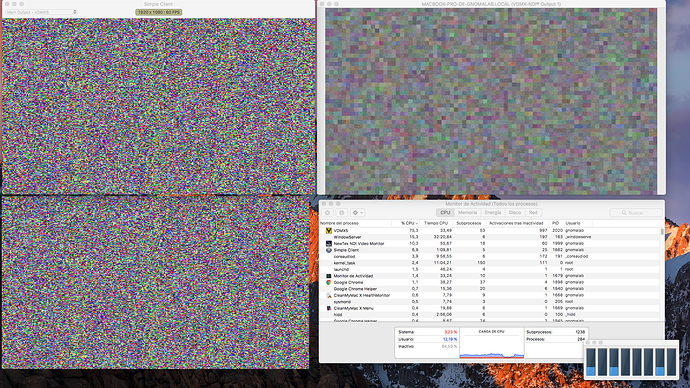 On the other hand, the degradation of the color in successive steps of Record and reproduce, is in both cases very similar (using Apple Pro ress 422). I need to try other codecs to see what the answer is.

Trying to figure out best way to record my mix. Obs will save the h264 mix, which is fine for some use, but looking to recycle mix clips into new mixes. Expect the h264 clips to fall apart quickly.

And ended up with noticeable compression artifacts. Not sure if it was the 2019 mbp bottle necking while creating the ndi stream, or the 2013 mbp having issues encoding the prores file.

Admittedly this type of image is tough for realtime encoding 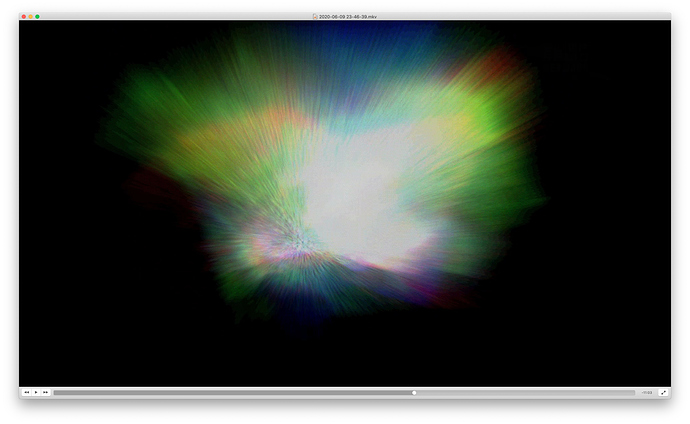 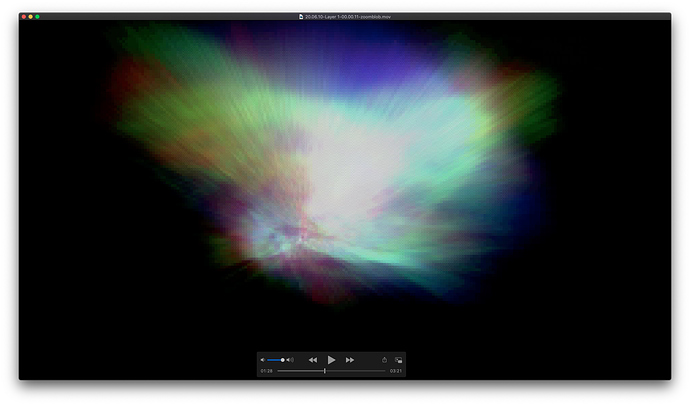