Shaders I want to write

TRANSITIONS!
Are there any possibilities for customising Transitions with ISF?
Had fun with that and Quartz Composer… wondering what can be done with ISF + transitions?

Cracked glass might be possible with ISF, but also note you can use FFGL plugins in VDMX as well ;)

The ISF spec covers transitions, but we actually don’t use them in VDMX yet… maybe in the future now that QC is deprecated. Our biggest issue on this front is that we really shouldn’t allow for multi-pass shaders for composition for performance reasons… but we may go for it anyway.
(Note that VDMX does already support a highly optimized, very basic GLSL composition mode format that pre-dates ISF)

A colleague and I are trying to work out how to best reproduce a starburst photo-filter effect, and would really appreciate some help. 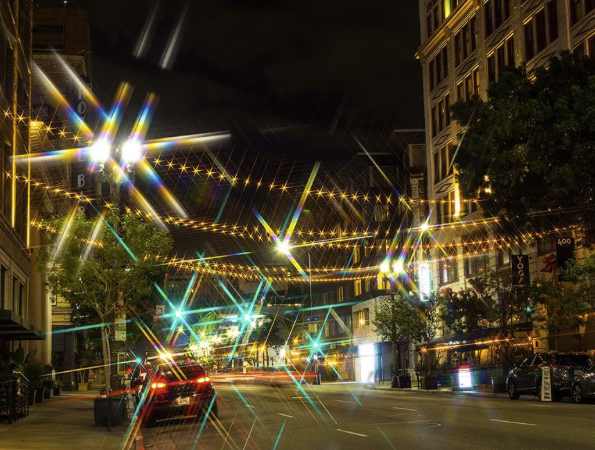 Here’s a suggestion that would help the Motion Heat Map shader respond more to larger motions:

And here’s another idea: A sparkler effect would be amazing for some camera views - especially if driven by the output of motion detection, e.g. Motion Heat Map.fs. 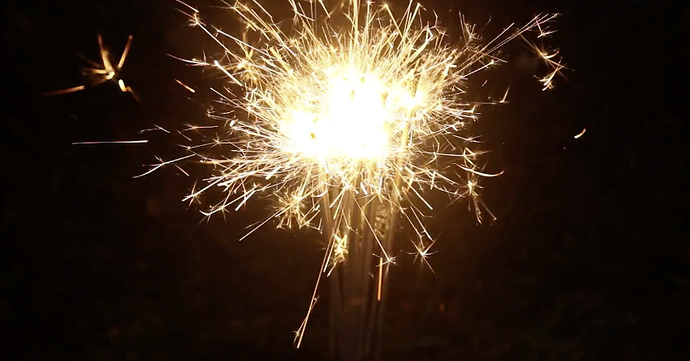 Perhaps the basic effect would add sparkles to the brightest n pixels? More ideas in this doc:

Sparkler Shader Description adrian@visuals-live.com Sparklers (on Motion) A sparkler effect would be amazing for some camera views - especially if driven by the output of motion detection, e.g. Motion Heat Map.fs. Here’s an example real sparkler:...

Ooooo those are some nice ones, might have to take a swing at them.

The apple keynote (which I opened today for the first time in many years) has very cool animations. For example, this is the effect of trace. Interesting. Maybe there is some possibility to convert them to ISF? Inside the application there are .frag and .vert files 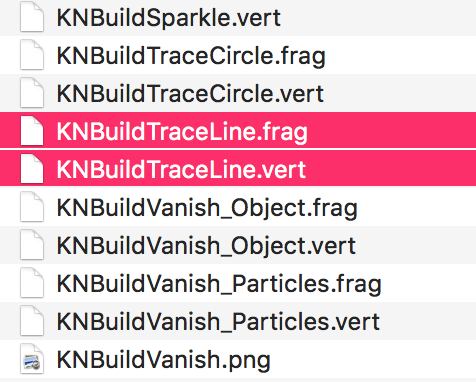 in keynote, this effect can only be applied to shapes and text, and the inserted image cannot be applied

I noticed that the following sparkle shader is is much easier on the GPU than the others I list: https://www.shadertoy.com/view/4lS3Rh.

Here’s another idea - a ‘Snapshot’ Shader. I believe this is simple to implement. Anyone care to comment?

This shader would generate no output (100% Alpha) until a button is pressed, at which point the current frame is displayed and retained for a short period of time as it fades back to the no output state.

While a useful effect on its own if triggered by a drum pad, or perhaps on detected beats, it could also be used to generate brief, timed responses from other shaders that run perpetually, such as zooming feedback.

A few more details are in this doc:

Snapshot Shader Notes adrian@visuals-live.com Summary This shader would generate no output (100% Alpha) until a button is pressed, at which point the current frame is displayed and retained for a short period of time as it fades back to the no...

I think the ‘Snapshot’ shader described here wouldn’t be too hard, it is sort of a combination of things that already exist.

Generally as part of my setups I like to have several ‘blaster’ effects that are these sorts of one-offs that you use at special moments to create a burst or flash of some kind in response to a button press. Quite useful!

I was able to convince Howie to have a look at this and he now has it working - it’s really fun, especially when driving other effects.

I can add an update on a FX idea I previously mentioned:

The ‘Starburst’ effect can be achieved pretty well by hand in VDMX: two ‘Diagonal Blurs’ at 90 degrees to each other.

And the ‘Light Beams’ effect is another that Howie has completed. This is very effective when driven by Audio Analysis and the ‘Motion Detect’ plugin. (https://discourse.vidvox.net/t/how-best-to-simulate-audio-reactive-light-fixtures)

This glitch shader from keijiro has been on my to do list for a while…
https://www.interactiveshaderformat.com/sketches/5159
(original here, https://github.com/keijiro/Kino/blob/master/Packages/jp.keijiro.kino.post-processing/Resources/Glitch.hlsl) 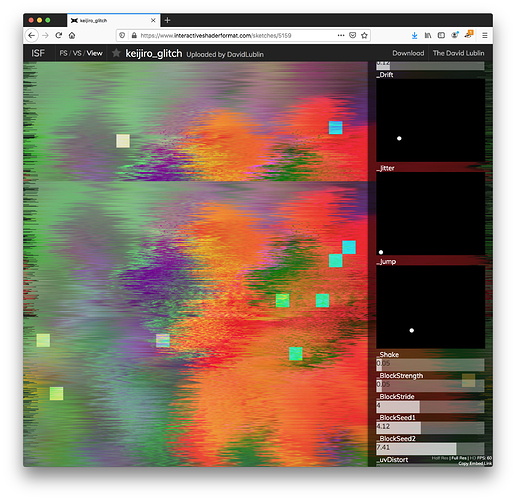 This “Shape Blur” is another good start… needs another parameter or two…
https://www.interactiveshaderformat.com/sketches/5175 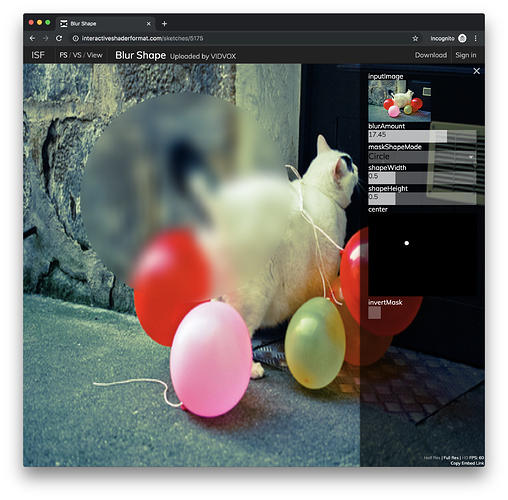 Working on this one inspired from the intro to Halt and Catch Fire.
https://www.interactiveshaderformat.com/sketches/5207 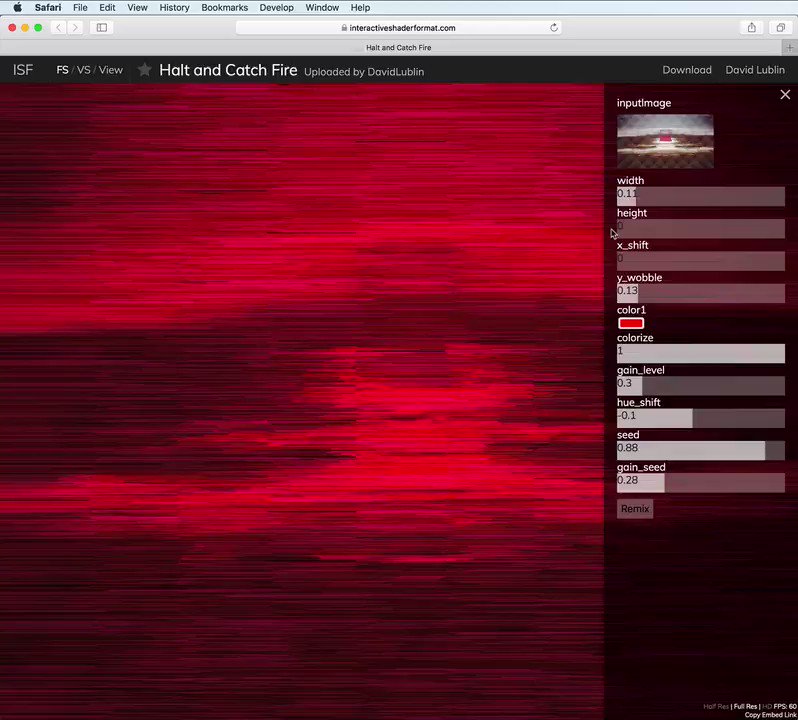 Any chance of converting this shadertoy by Adam Ferriss of Marching Ants ?
(I had a try with the ISF editor, without success )
I think it’d be a fun little thing to have access to…
As would other mouse-driven generators, that ‘expose’ live drawing / shape making / FX etc
https://www.shadertoy.com/view/XltcR2

Here you have…continue or modify at your own