Not exactly gig (as performance) but I have been using VDMX in installations as the “maestro”. Managing OSC/MIDI between different software, as a the central control. Mostly vecause it is very easy as fast to setup control panels (sliders, bottons, etc,…), audio analizers, LFOs, etc etc and to send and receive OSC / MIDIs.

Visuals are running in real-time on VUO. Sound runs on Ableton Live and sends MIDI messages to control Visuals and Lights. Lights controlled with DMXIS USB controller (via OSC messages). VDMX is the big maestro, managing the different audiovisual scenes, and MIDI/OSC messages between Visuals, Lights and Sound. 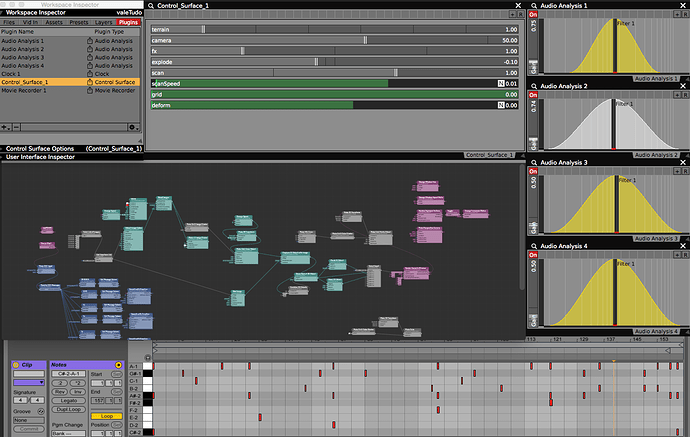 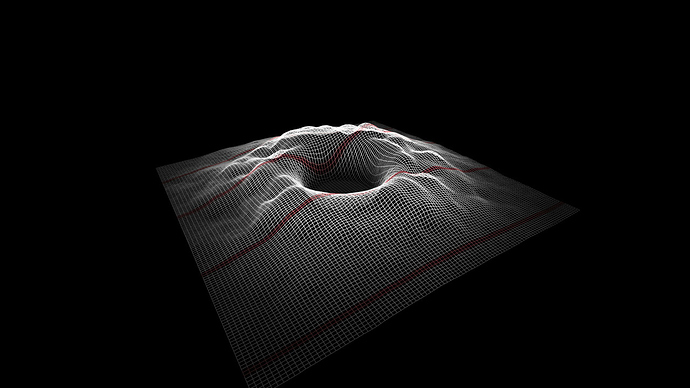 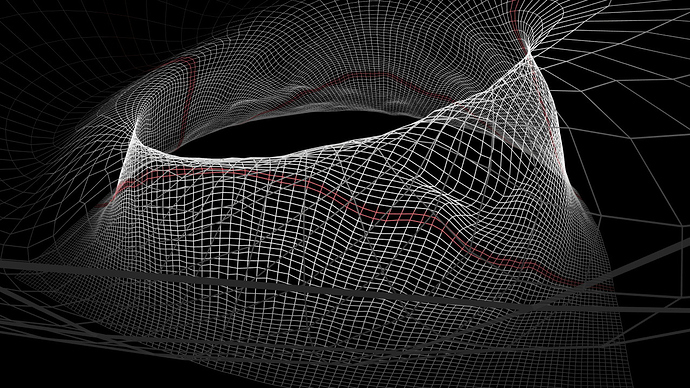 Hi Visiophone, besides that it’s good stuff you make I wanted to say that I like to read how you use VDMX. Often I only use VDMX to output my Unity project using Syphon, then I use VDMX to position the main output layer. Until I read your post I never thought of using it to convert midi to osc and vice versa. I use Max/msp for that, but then another application is running, so next time I’ll do that in VDMX too. Thanks for the suggestion!

Hi Erikm,
Sometimes I also use Max for mapping MIDI/OSC messages, specially when I am reading some device via MAX (as leapmotion, or an arduino -> Maxunino). And then I send it them to VDMX.

With VDMX’s control surface it is really handy and easy to setup an interface to manage everything. Also sometimes I use control-surface’s presets to manage different scenes in the installation.

I will share more “VDMX in AV installations” soon. ;)

Bellow is Δ∞ [Infinite Delta], an interactive kinetic installation/performance. A physical structure built by triangular planes and controlled by a series of servomotors. Reacting to the movement of the audience, sound and generative sequences, the structure reacts and modifies its shape.

Servos where controlled with an arduino, (via MAX/MAXUINO). The movement was controlled on VDMX, with different LFOs, speeds, etc… VDMX was sending mov-messages (OSC) to MAXUINO to control the servos.
At the same time a back-videoprojection was made with a quartzComposer patch that recreated the behavior of the physical shapes, but in the digital projection. 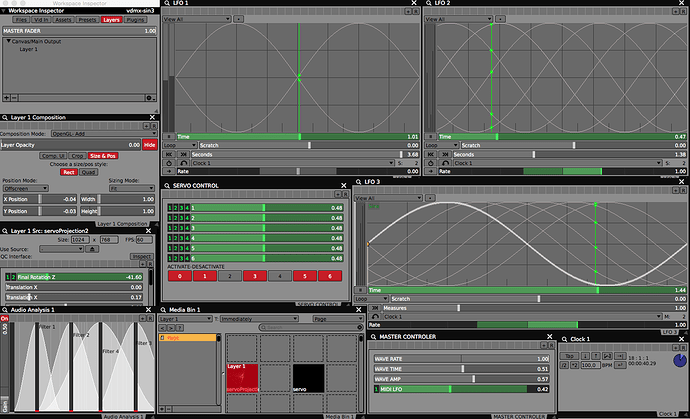 B7uFKKpCcAAWy1Y.png1200×729 345 KB
(The LFO curves on the top/right were controlling the servos movement)

Great! I used surfaces a lot when vjing with clips in VDMX, I understand how useful they are. I will start using them again to replace Max, just to see if that workflow works better for me. My Max patches sometimes get a bit too spagetti, VDMX could help a lot. Thanks for the inspiration!

Another “behind the scenes” using VDMX as the “maestro” in AV Installations.
Bellow is INTERWORLDS, an audiovisual installation where a composition of light, image and sound explores the intersections between a physical space and a virtual one. Therefore the audience can relate to the piece through the relation they build with a moving “audiovisual object”.
The setup has 2 vertical screens and an array of LED bars between them. It works in the same way as “Scanning the Surface of Valetudo” reported in the beginning of this post.
+info: http://visiophone-lab.com/wp/?portfolio=interworlds

Visuals are VUO patches running inside VDMX. Each patch have different parameters that change according to the different scenes, also some react to audio. Lights are also controlled via VDMX, by sending OSC msg to DMXIS/USBcontroller’s software.
Sound runs on Ableton Live, and along the soundtrack timeline MIDI notes are triggered and sent to VDMX to change between the different scenes. Scene’s parameters are saved has different presets, and when a scene is changed visual and light setups dynamics change in the installation. 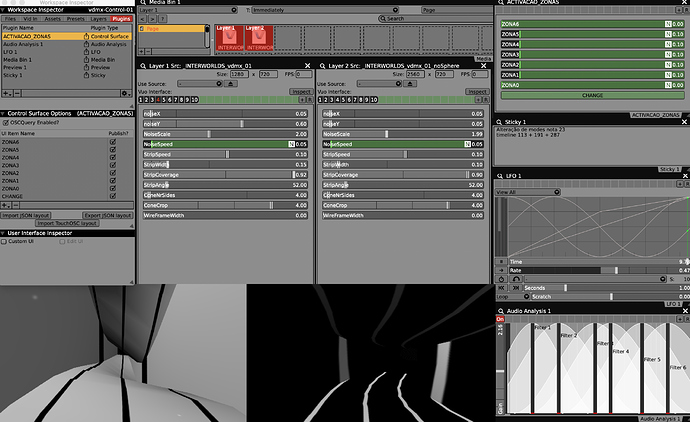