So I am trying to hook up my new APC40 MK2 to VDMX but having some issues with the button detection.

Some buttons on the APC are detected as having the same number but are coming from a different channel (see screenshot). 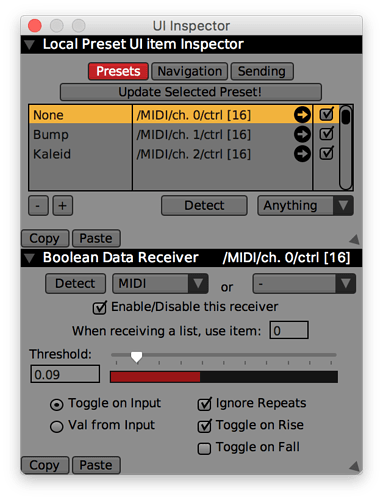 Is there any way these can be interpreted as separate buttons by VMDX to allow me to assign them to specific toggles? Am i missing something?

This is actually the expected behavior for the APC40; for some reason that is the way that Akai set up the device to send off MIDI values (the column is the channel I think?). As far as I am aware, there isn’t any way to reprogram the device.

You can confirm this using a 3rd party tool like MIDI Monitor:
https://www.snoize.com/MIDIMonitor/

In any event, this shouldn’t make any difference as far as VDMX is concerned; MIDI notes / cc’s from different channels are counted as unique inputs, so they aren’t going to overlap, but if you’re having a specific issue please send us a bug report from the Help menu.

Thanks for the swift reply David. Downloaded Midi Monitor and got it to work. It does show somewhat unique signal properties coming from the APK.

Screenshot 2018-10-16 15.44.53.png1998×414 67.8 KB
However, when I assign these two buttons to the “reverse playback” button only the button i first assigned triggers, the second one doesn’t. But when i delete the initially assigned midi button, the second one triggers as expected. So they do seem to conflict somehow, somewhere… 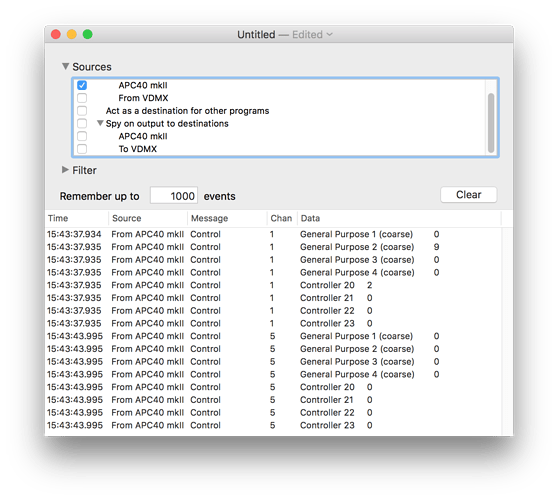 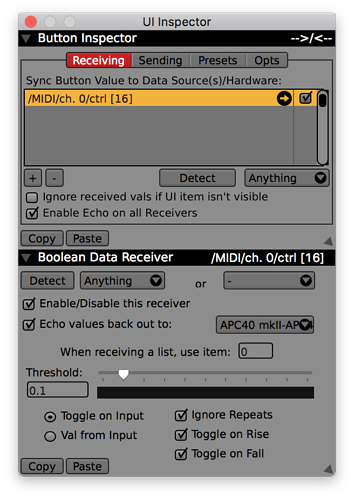 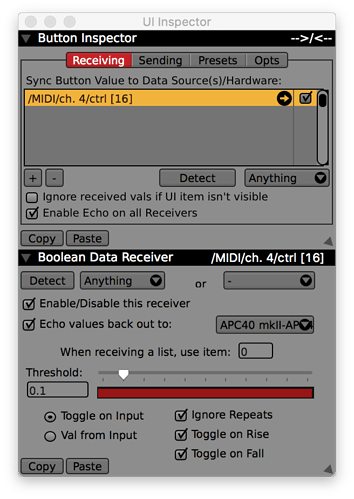 As mentioned, if you could send this project to us via the bug reporter, we’d be happy to take a closer look!

MIDI notes / cc’s from different channels are counted as unique inputs, so they aren’t going to overlap,