Older keying used a slider to control the threshold of the key - from black to white / 0-255 … how ever you want to describe it. Plus an option to invert the key as a on/off button

Newer keying uses a control for the low and high range of a key - and again invert key on/off.

And then a control for the softness/contrast of the key (as vdmx has).

I’ve spent far more hours than I’d like to admit trying to understand the keying in vdmx.
Am I correct in understanding it like this: 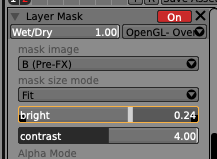 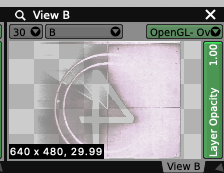 If the contrast is set from 0-> +4
The brightness(aka offset, in Alpha mask effect) - controls the threshold that is cut out starting at the darkest going to the brightest. 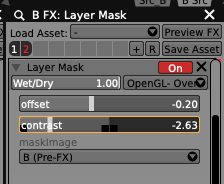 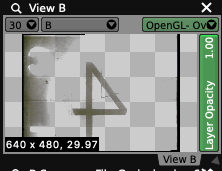 If the contrast is set from -4 ->0
The brightness(aka offset, in Alpha mask effect) - controls the threshold that is cut out starting at the brightest going to the darkest.

if it contrast is too close to 0 - you end up just fading the image.

If I am correct, guess this to help anyone else that was confused. I was really just understanding it as I was writing this out.

Thanks for the write up! Took some time for me as well to figure this out …and I guess I wouldn’t know how to do it again – so good to have it here to look it up if needed!