LANG UK have just exhibited their CarbonBlack projection surface at PLAZA and the product won the Innovations Award for the groundbreaking technology. The screen surface is a stretch fabric which is coated with carbon nano tubes which catch and excites the projected light.

The effect is pretty amazing, neither retro reflective or emissive and somewhere confusingly in the middle (the physicists need to come up with a name for this). The surface is black and the image itself looks matt.

Alongside a shiny 2mm pitch LED wall the screen material looked amazing (the new surface in the image is the screen with the woman in yellow). LANG were using a huge 4K 25k lm ultra short throw beamer… but absolutely no hot spot from roughly 1.5m throw, it felt as if the screen just soaked up and held the light.

When I was talking to LANG we agreed that most people visiting the show wouldn’t realise the image on the screen was actually projected… and the lampies wouldn’t get it anyway ;-)

Today the screen material will cost something like £400 sq/m but I can see the price dropping as the product gets picked up by the large scale theatrical and dance set designers, museum and galleries.

This is a huge step forward for screen technology and something to watch. 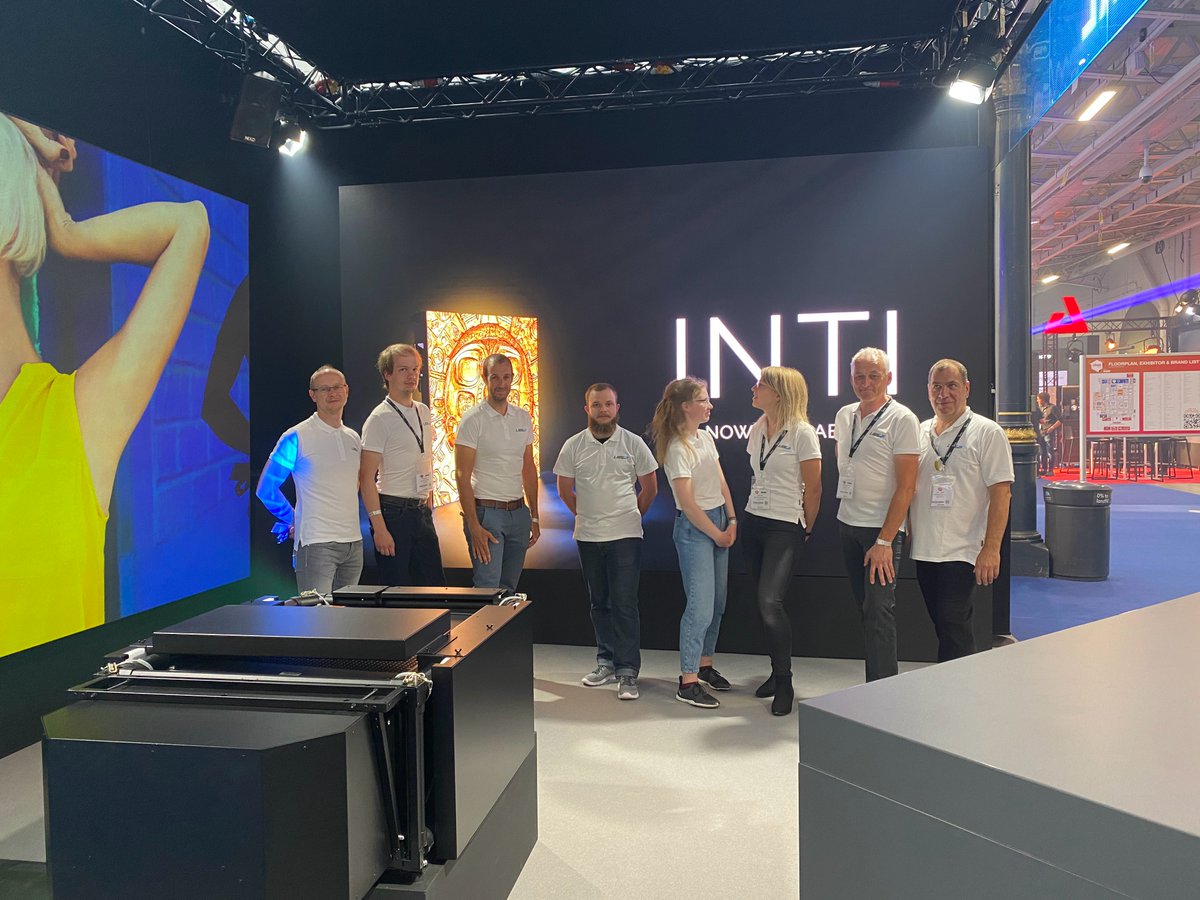