Wondering if my logic is broken.

Will vdmx have lower performance if i have my gpu driving larger displays / more pixels? My logic says that the more pixels my gpu is driving the less resources it has for vdmx.

or is driving more pixels a gpu ram issue vs using gpu cycles?

typically I reduced my mpb monitor from normal retina resolution to 1x pixel count. I also just upgraded my external monitor from 1440p 27" -> 4k 32" and my logic makes me worried that driving the 4k monitor higher than 1440p will mean lower performance with vdmx.

I’d agree with your logic based on my own experiences with VJing, Projection Mapping, and 4K+ resolutions. The difference in that being some GPUs and future ARM processors, have dedicated resources to handle these types of processes. A quick example; in NVIDIA gaming cards, there’s a part of the GPU that is reserved for game capture. Whether you are capturing a game or not, it should not change the overall performance. 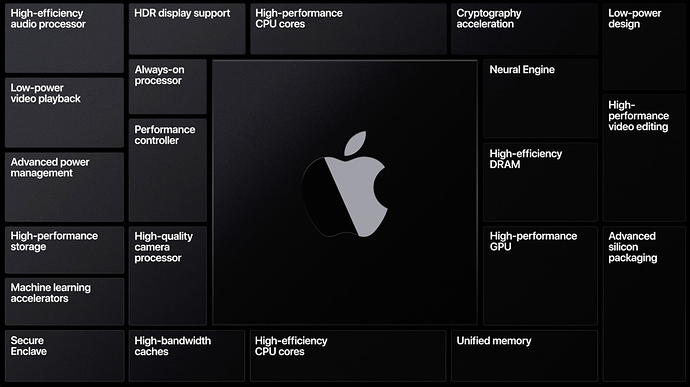 Time will tell what’s up with VDMX and the new Apple Silicon processors. But I have an older 2015 MBP, and I try to keep my output resolutions under 3x 1920x1080 (5,760x1080). I’ve found it hard to do anything other than standard playback and switching after that.