Here is a rundown on some of the tech used for a recent show with Jagwar Ma at Dark Mofo festival.

Jagwar Ma had been invited to curate a day at Dark Mofo 2018 and asked me to design the 5000 capacity spaces lighting and visual elements. We were trying to get away from the traditional rectangle at the end of a room vibe so designed a lighting rig that was installed along each wall of the venue lighting the crowd.

I have previously toured with Jagwar MA running lights and video using a pre rendered content with the odd show using a small LZX system for this show we planned to use much more LZX in real time so some final pieces (Color Chords) were picked up in London on the way to Australia. 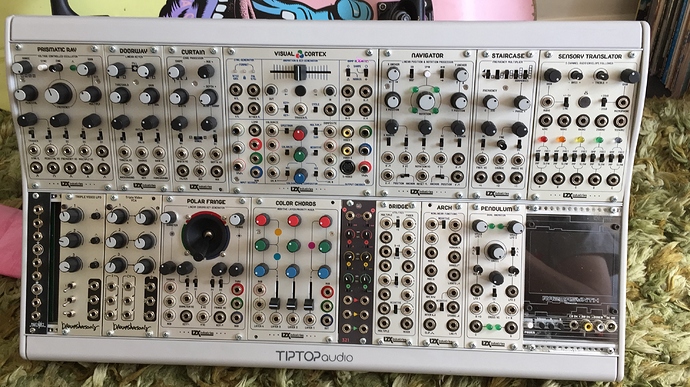 On arrival in Sydney i headed straight from the plane and made way to a rehearsal space to start finalising the show elements. The basic set up we started rehearsing to be 2 copies of Ableton live, One running on stage one running of FOH. The FOH version was just a duplicate set running in sync. After a day or two experimenting it was decided we would run our own unique set of ableton with various single cycle oscillators sounds that had been pre created to trigger much more precise visuals and reproducable results within the LZX system. 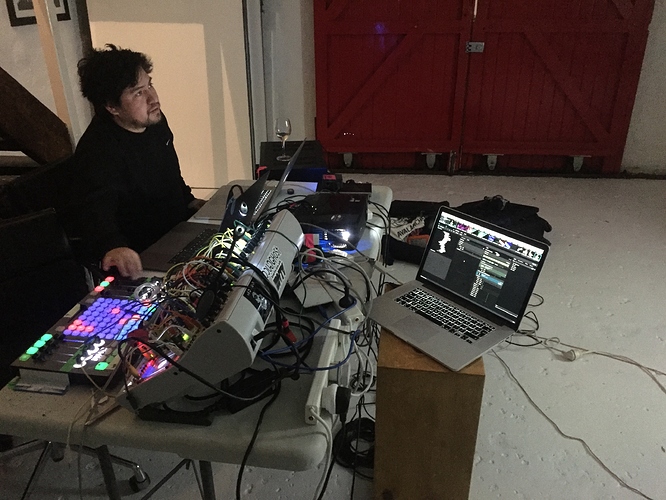 This is the main patch used for the show. Audio was coming in via the sensory translator but we had a second channel that we moved into various CV inputs at different times. A midi controller allowed us to route different audio tracks into the modular at different times so we had a few variations to choose from each time. 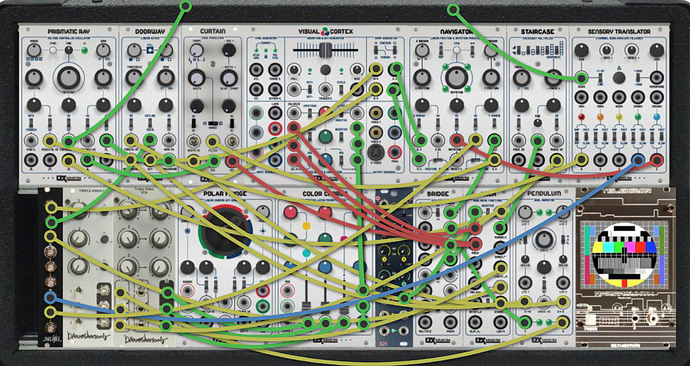 After a few more days rehearsals we had a solid patch ready to go and the variously elements playing nicely.

LZX System and Resolume (with certain clips midi triggered from stage) were both being captured into a Macbook running VDMX. This copy of VDMX contained various pre rendered elements and all the live feeds allowing us to mix between the various sources.
Lighting was handled by 2 GrandMA2 full size consoles running in session.

FOH was a mess a wires, faders and screens. 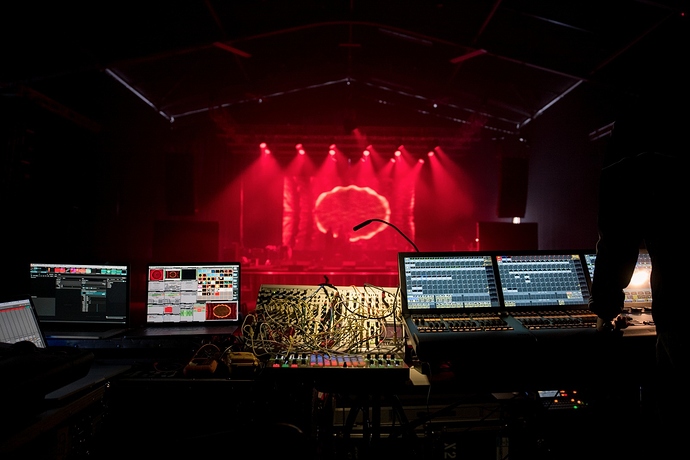 We started the build at 11PM straight after the final act of the Frida night and worked through to get the lighting rig set up and everything programmed. The show was super fun and the LZX stuff burned some retina on the massive LED wall. 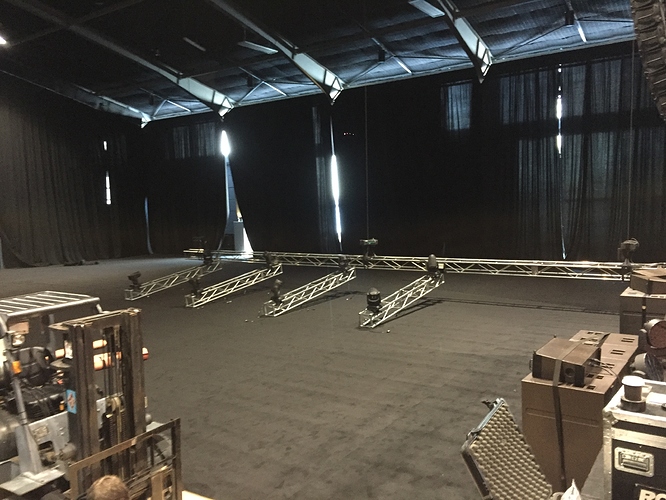 Here’s a few pics of the show. 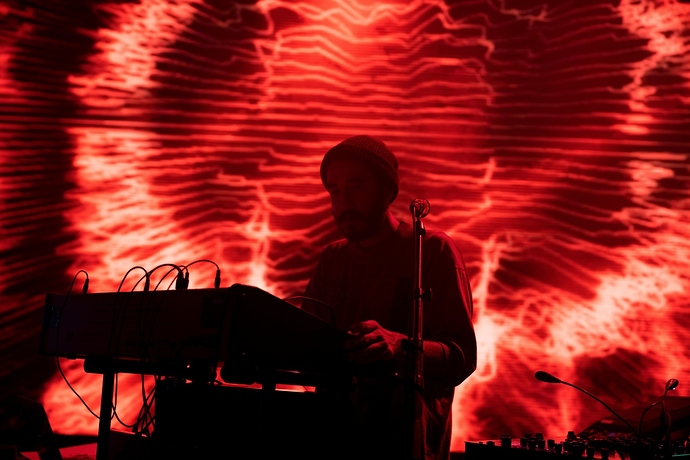 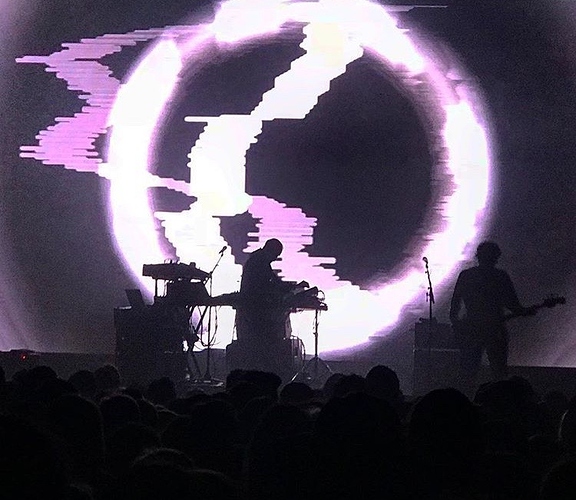 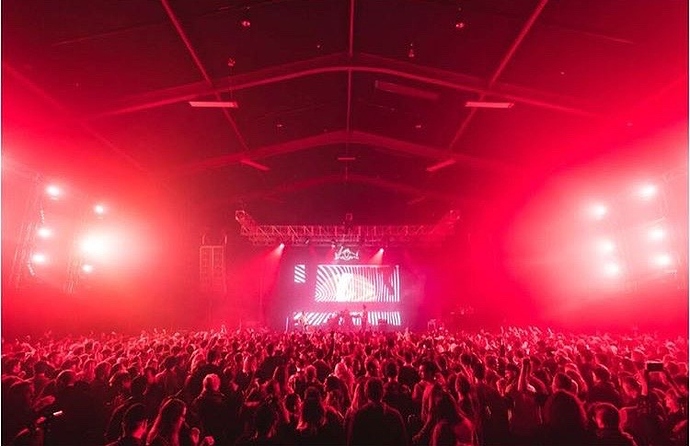 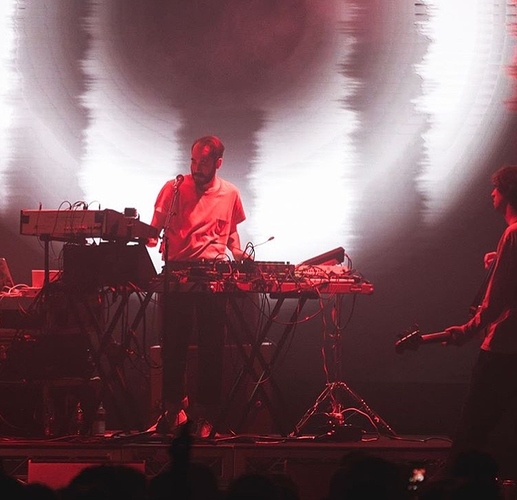 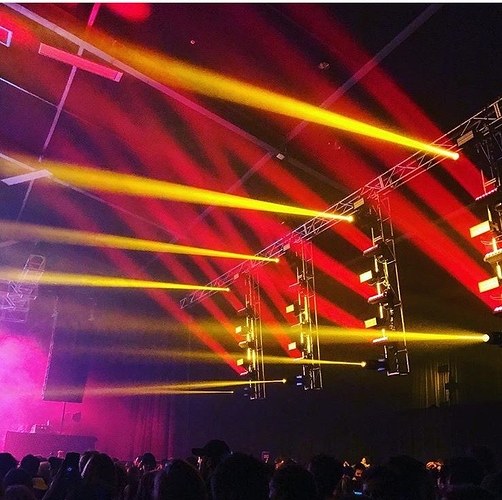 For a look at Jono’s world of audio gear check this article here.

I just started a new ‘gig reports’ category for posts like this in the future :)