I have found a great use for an iPad to assist in controlling VDMX5. It involves the app named Astropad. When your iPad is directly wired via USB to your Mac, it keeps the iPad charging, and makes Astropad even more useful; without relying on a WiFi network. Also, there is no latency when hardwired.

Astropad server, running on the Mac, allows you to crop an area of your Mac screen, in my case, the media bin with visual thumbnails of the clips showing. So my iPad’s screen is full of the visual bin clips to trigger via touch screen. What you see visually, is what you get. You don’t have to try to match blank hardware buttons from a MIDI controller to each clip.

I am trying to not use the mouse to trigger clips. I am also using my Korg nanoKontol and Korg padKONTROL to do mouse-free control of everything else. Sure, the iPad can be used with programs like TouchOSC, and others to control VDMX5; but the advantage of directly touching an image to trigger it with Astropad works fantastically. I am waiting for Apple to make OSX with a touch interface; so, until then! 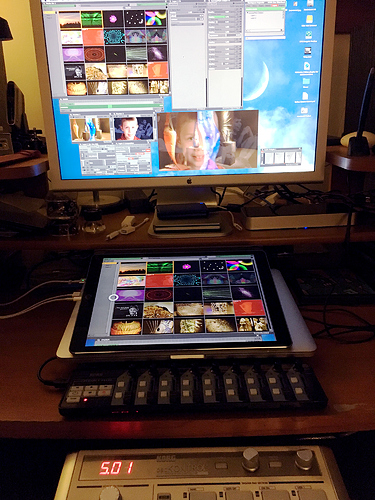 I’m curious if people are using this feature that lets them use iOS devices as video inputs, and if so, which apps do they find to be cool to use? 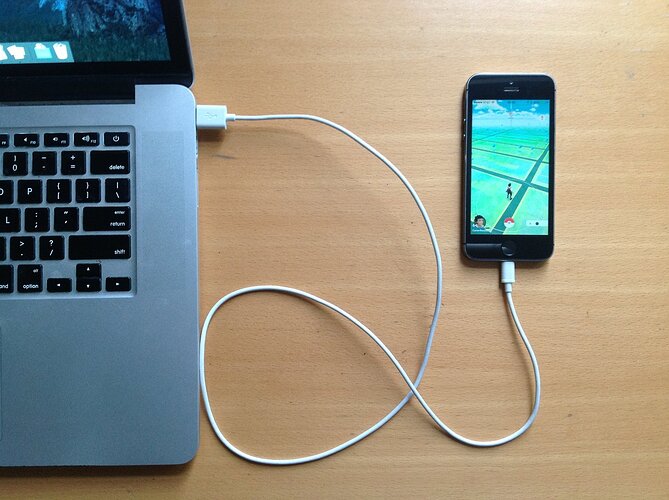 For example, Thicket seems like it’d be a fun generator to use as an input, 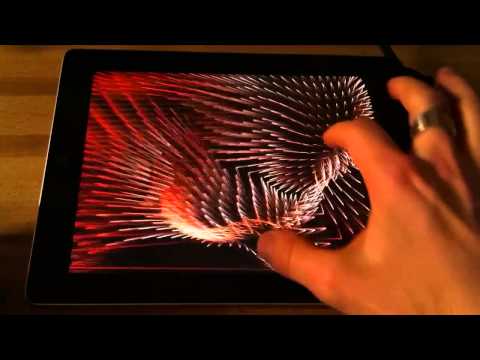 The gestural interface of TC-Data and its synth counterpart TC-11 lends itself to being piped in as a source.

I keep apps like GoVJ and TouchViz around for kicks, and as a secondary ‘deck’ to let others have a mess-around on a playground layer if the situation is right.

Thicket works great with the ipad input into VDMX. Loads of fun.

Hmmmm vdmx client for iOS possible in future?
Already thinking of getting all my clips to this device…
1TB would be enough for a good gig… :))

It turns out… 1TB is not enough for a gig…

But all the new opportunities with iPadOs are great anyway…

Only one more thing , missing…

Have used Ipads and Lemur for control of VDMX for years - gave up on a “visual” solution like Astropad long, long ago… thanks fro bringing this up. downloading it now.

I also use a usb-wired iPhone (via av foundation source) and a bunch of colored penlights shot into the camera (add kaleidscopes and trace) and you have a really intuitive live video “futzer” (this also charges the battery : )

Anyone know of an Android app similar to GoVJ and TouchViz?

I have an old Kindle Fire loaded with a custom rom (full access android instead of limited Kindle software) but so far I have only used it with TouchOSC as a controller. I should just get an iPad because syncing is not as easy.
Yet now I am leaning more towards using physical knobs/faders…

Haven’t yet played with iOS device as live cam, will do at some point, thanks for the examples/ideas shared!

Forgot to mention, I also was interested in messing with mobile devices wirelessly using TCPSyphon available there with TLRemoteCamera: http://techlife.sg/TLRemoteCamera/ however it is discontinued (still works on the one device I have it on though).

iPad is great as external input with so many tools :) 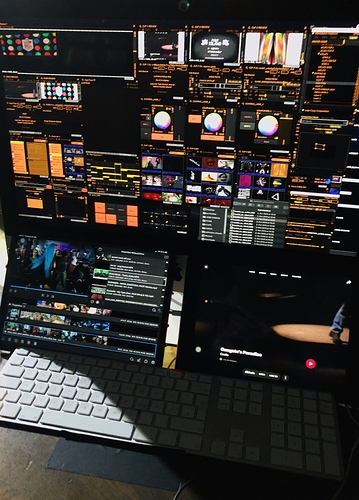 Could you tell us how you do this exactly?

After connected you can choose any app…
like drawing, photos, videos, Facetime
Take care of cropping top and bottom
of the layer a bit to hide device infos … ;)

rotation lock of the captured device
should be “active“ in landscape mode,
because input will rotate like on your device…

yes i am also using and it works fine for me